Different Types of RF Signal Modulation
View: 356845         Author:Jame         Publish Time: 2020-05-10
There are several types of signal modulation methods commonly used in RF transmitter and receiver modules:
1.  ASK (Amplitude Shift Keying) Modulation:
ASK is a type of Amplitude Modulation which represents the binary data in the form of variations in the amplitude of a signal. Any modulated signal has a high frequency carrier. The binary signal when ASK modulated, gives a zero value for Low input while it gives the carrier output for High input. The following figure represents ASK modulated waveform along with its input: 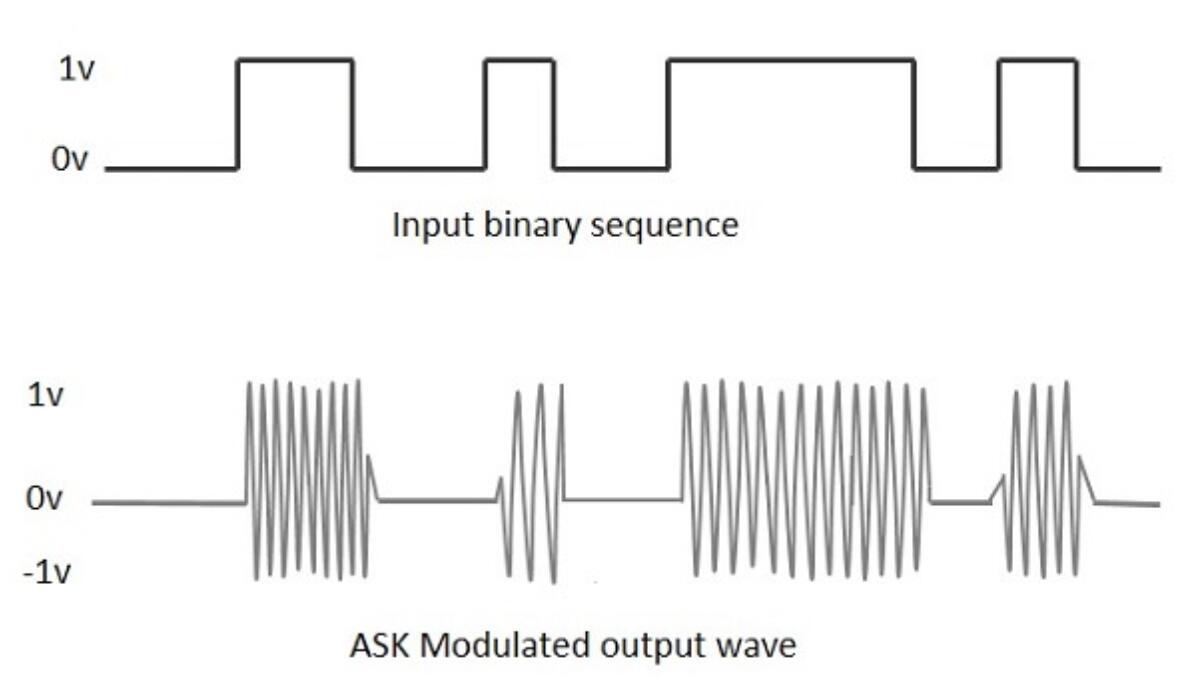 2.  OOK Modulation:
OOK is a very popular modulation used in control applications. This is in part due to its simplicity and low implementation costs. OOK modulation has the advantage of allowing the transmitter to idle during the transmission of a "zero", therefore conserving power.
3.  Frequency Shift Keying (FSK) Modulation:
FSK is the digital modulation technique in which the frequency of the carrier signal varies according to the digital signal changes. FSK is a scheme of frequency modulation. The output of a FSK modulated wave is high in frequency for a binary High input and is low in frequency for a binary Low input. The binary 1s and 0s are called Mark and Space frequencies.
The following image is the diagrammatic representation of FSK modulated waveform along with its input.